Starfish or sea stars are star-shaped echinoderms belonging to the class Asteroidea. Common usage frequently finds these names being also applied to ophiuroids, which are correctly referred to as brittle stars or “basket stars”. About 1,500 species of starfish occur on the seabed in all the world’s oceans, from the tropics to frigid polar waters. They are found from the intertidal zone down to abyssal depths, 6,000 m (20,000 ft) below the surface.

Starfish are marine invertebrates. They typically have a central disc and five arms, though some species have a larger number of arms. The aboral or upper surface may be smooth, granular or spiny, and is covered with overlapping plates. Many species are brightly coloured in various shades of red or orange, while others are blue, grey or brown. Starfish have tube feet operated by a hydraulic system and a mouth at the centre of the oral or lower surface. They are opportunistic feeders and are mostly predators on benthic invertebrates. Several species have specialized feeding behaviours including eversion of their stomachs and suspension feeding. They have complex life cycles and can reproduce both sexually and asexually. Most can regenerate damaged parts or lost arms and they can shed arms as a means of defence. The Asteroidea occupy several significant ecological roles. Starfish, such as the ochre sea star (Pisaster ochraceus) and the reef sea star (Stichaster australis), have become widely known as examples of the keystone species concept in ecology. The tropical crown-of-thorns starfish (Acanthaster planci) is a voracious predator of coral throughout the Indo-Pacific region, and the northern Pacific sea star is considered to be one of the world’s 100 worst invasive species.

The fossil record for starfish is ancient, dating back to the Ordovician around 450 million years ago, but it is rather poor, as starfish tend to disintegrate after death. Only the ossicles and spines of the animal are likely to be preserved, making remains hard to locate. With their appealing symmetrical shape, starfish have played a part in literature, legend, design and popular culture. They are sometimes collected as curios, used in design or as logos, and in some cultures, despite possible toxicity, they are eaten.

HERE BELOW YOU CAN SEE SOME SAMPLES OF OUR  SEA-STARS

please note that all  products of our catalog are unique 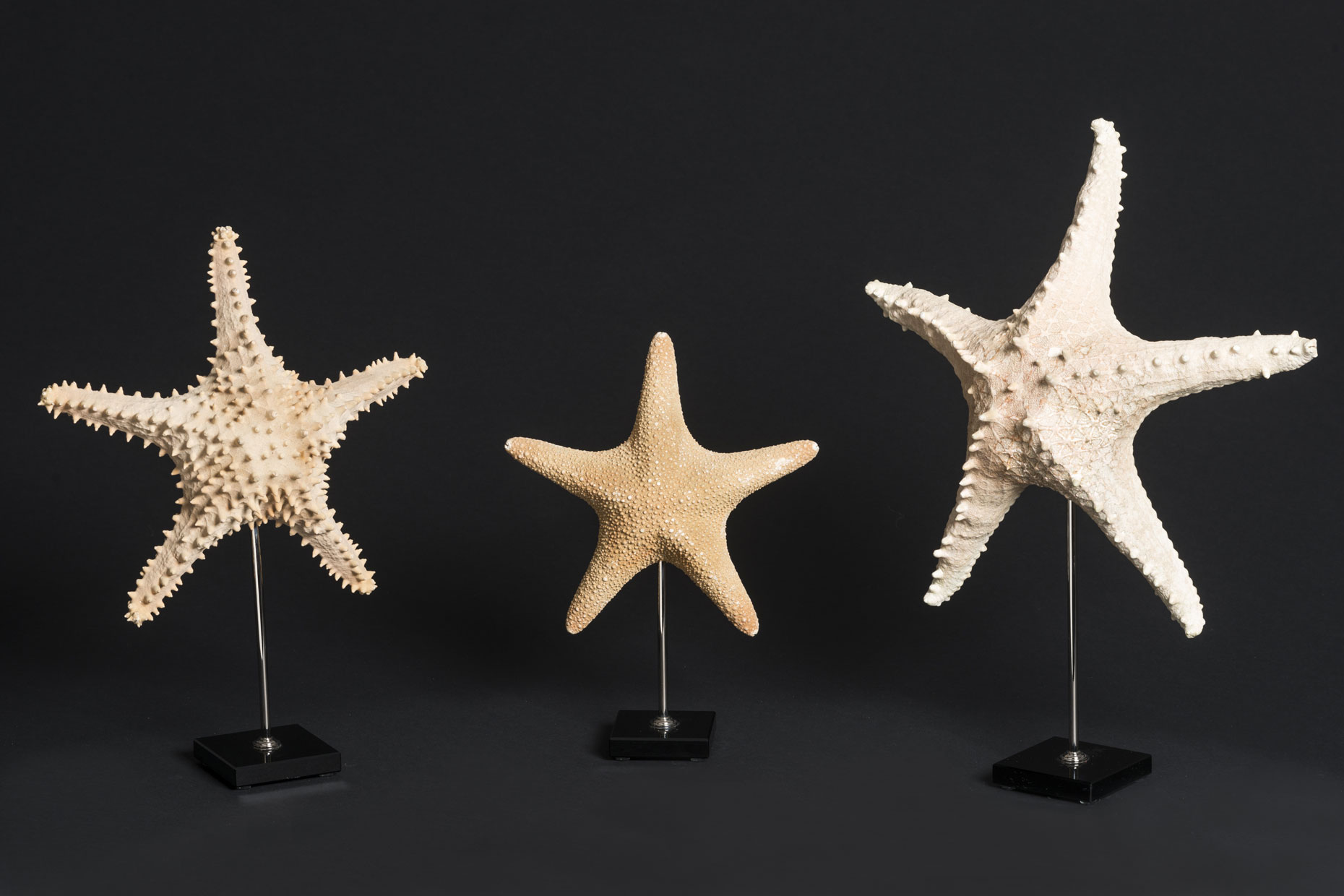 Crabs are decapod crustaceans of the infraorder Brachyura, which typically have a very short projecting “tail” (abdomen) usually entirely hidden under the thorax. They live in all the world’s oceans, in fresh water, and on land, are generally covered with a thick exoskeleton and have a single pair of claws. Many other animals with similar names – such as hermit crabs, king crabs, porcelain crabs, horseshoe crabs, and crab lice – are not true crabs.

HERE BELOW YOU CAN SEE SOME SAMPLES OF OUR  Crabs

please note that all  products of our catalog are unique 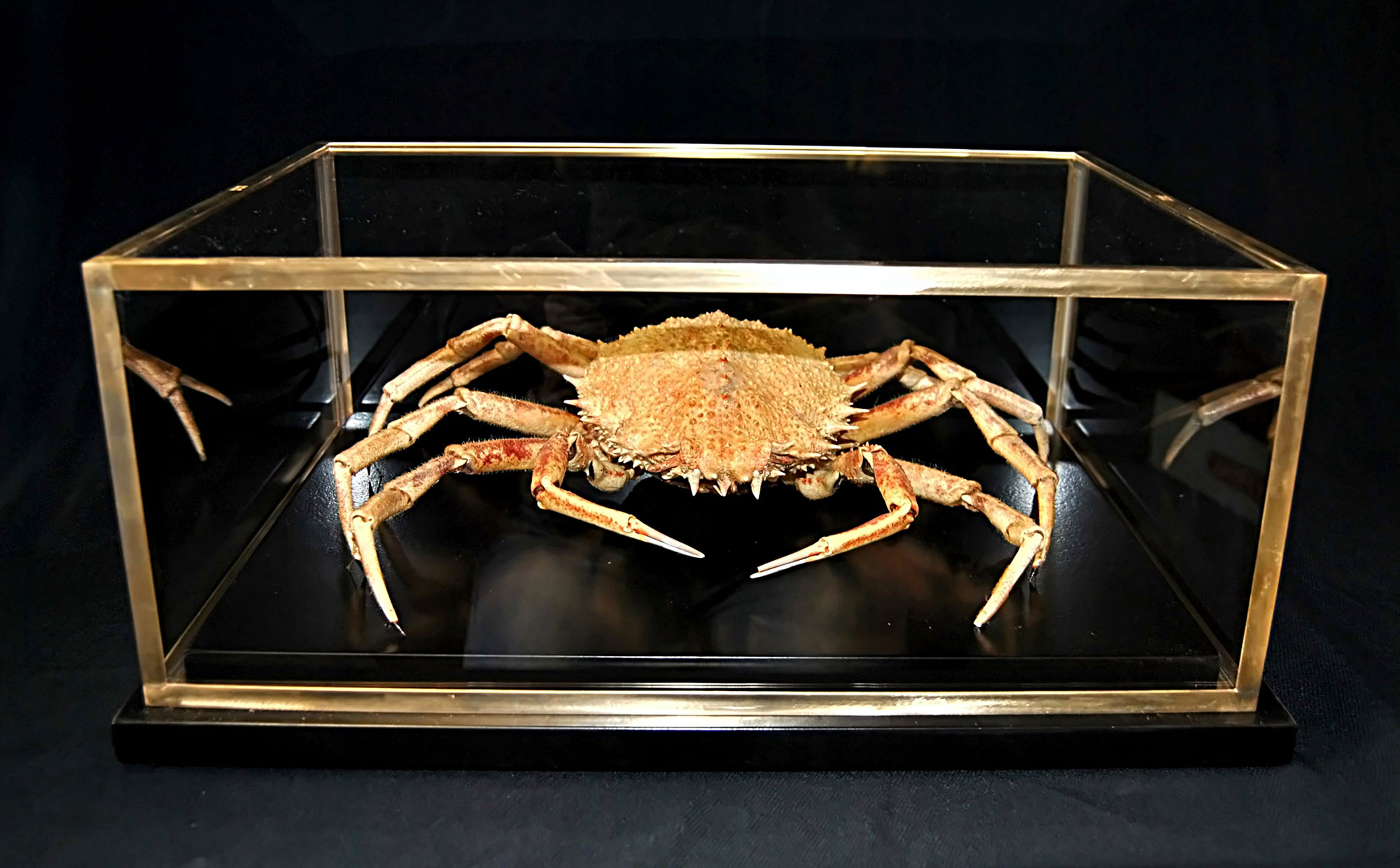