Gorgoniidae is a family of soft corals, a member of the subclass Octocorallia in the phylum Cnidaria. Nearly all the genera and species are native to the east and west coasts of America.

The polyps are retractable and the stems have an axis of the protein gorgonin surrounding a narrow, hollow, cross-chambered central core. Molecular phylogenetic analyses undertaken suggest that the family is polyphyletic.

The main feature which separates the members of the different genera is the degree and type of spiculation. Other diagnostic features include the pattern of branching and the morphology of the whole colony. There is an increase in complexity from unbranched whip forms, open branched forms, reticulate forms and the leafy frond forms which include by Phyllogorgia and Phycogorgia.

Many species of gorgonids are native to warm waters around the Atlantic and Pacific coasts of America. Some genera, including Lophogorgia, Leptogorgia and Eunicella, have a more widespread distribution including the temperate eastern Atlantic, the Mediterranean Sea. Certain species have strange canoe-shaped spicules and these are all found in the Caribbean Sea.

Here below you can see some samples of our Gorgonias

plesase note that all  products of our catalog are unique 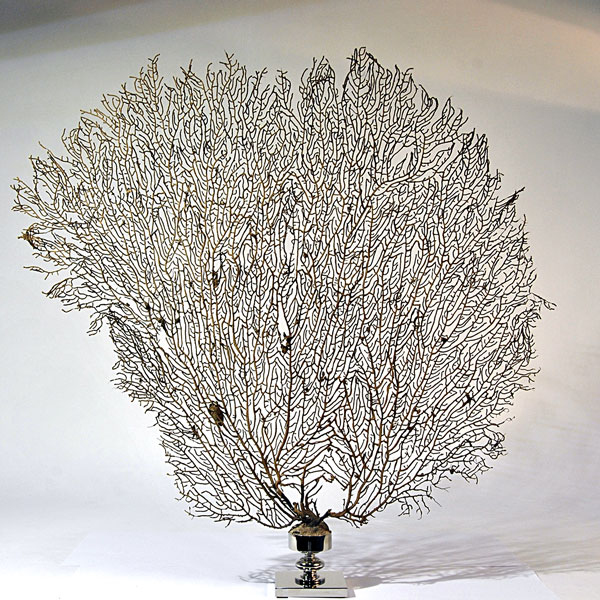 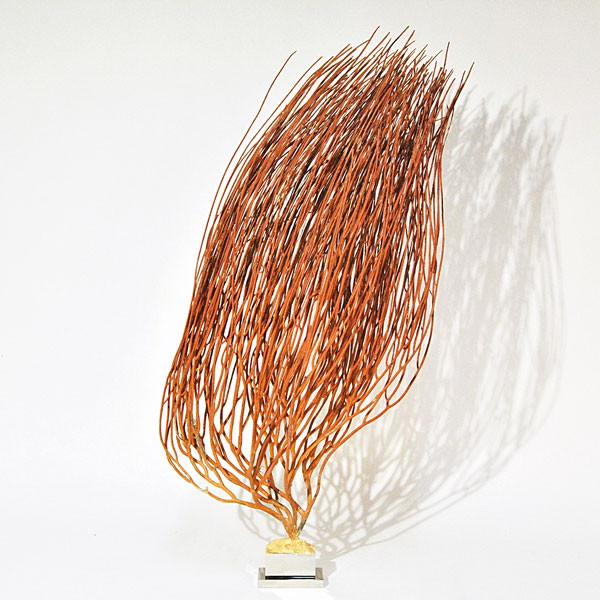 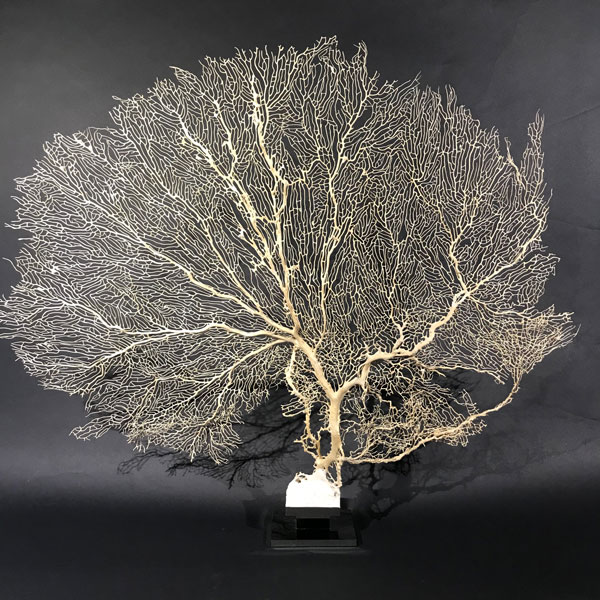 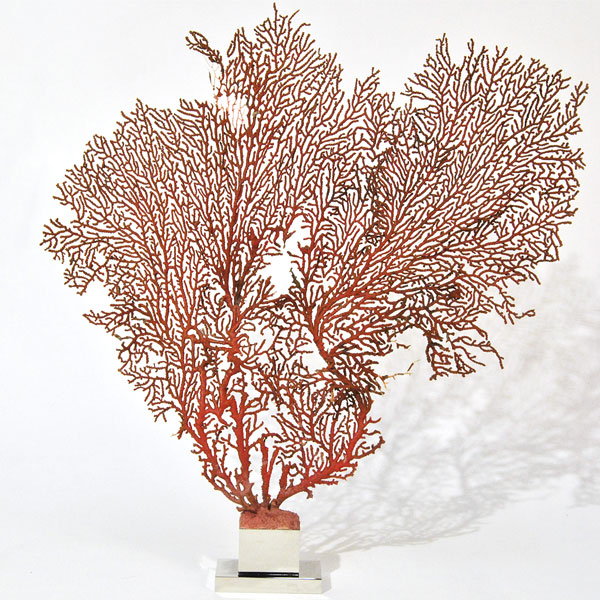 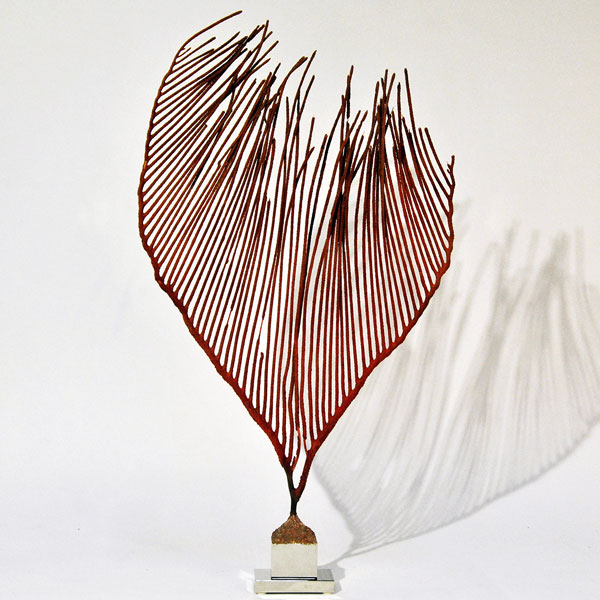