Sea urchins or urchins , archaically called sea hedgehogs, are small, spiny, globular animals that, with their close kin, such as sand dollars, constitute the class Echinoidea of the echinoderm phylum. About 950 species of echinoids inhabit all oceans from the intertidal to 5,000 metres (16,000 ft; 2,700 fathoms) deep. The shell, or “test”, of sea urchins is round and spiny, typically from 3 to 10 cm (1.2 to 3.9 in) across. Common colors include black and dull shades of green, olive, brown, purple, blue, and red. Sea urchins move slowly, feeding primarily on algae. Sea otters, starfish, wolf eels, triggerfish, and other predators hunt and feed on sea urchins. The name “urchin” is an old word for hedgehog, which sea urchins resemble.
Sea urchins have conquered most sea habitats, on an extremely wide range of depths. Some species, such as Cidaris abyssicola, can live down to several thousands of meters deep. Many genera are totally indentured to the abyssal zone, such as many cidaroids, most of the genera in the Echinothuriidae family, or the strange genus Dermechinus.

One of the deepest-living family is the Pourtalesiidae, strange bottle-shaped irregular sea urchins that live only in the hadal zone and have been collected as far as 6850 meters deep in the Java trench.

Nevertheless, this makes sea urchin the class of echinoderms living the least deep, compared to sea cucumbers and crinoids that remain abundant below 8000 m.

HERE BELOW YOU CAN SEE SOME SAMPLES OF OUR SEA URCHINS

plesase that all  products of our catalog are unique 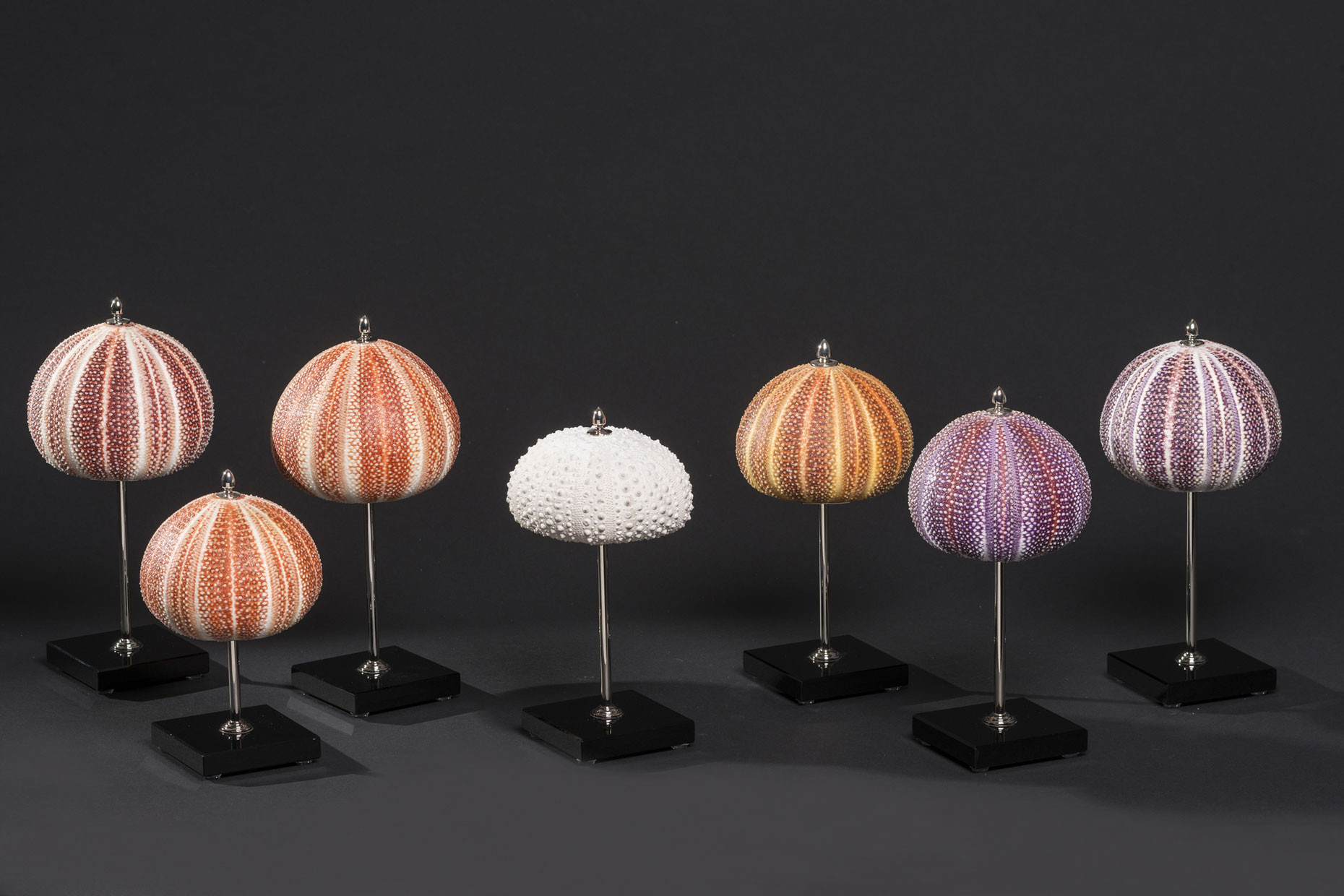