Agateis a rock consisting primarily of cryptocrystalline silica, chiefly chalcedony, alternating with microgranular quartz. It is characterized by its fineness of grain and variety of color. Although agates may be found in various kinds of host rock, they are classically associated with volcanic rocks and can be common in certain metamorphic rocks.

Agates have fascinated man for thousands of years and are now one of the worlds most popular gemstones. Perhaps part of this fascination lies in the fact that no two agate nodules are ever exactly alike. The range of their colours, patterns and shape are almost endless and yet all have thought to have been formed by the one natural process. This variety is true of no other gemstone however rare or exclusive it is.

The stone was given its name by Theophrastus, a Greek philosopher and naturalist, who discovered the stone along the shore line of the river Achates (Greek: Ἀχάτης) in present-day Sicily, sometime between the 4th and 3rd centuries BCE. Colorful agates and other chalcedonies were obtained over 3,000 years ago from the Achates River, now called Dirillo.

Agate is one of the most common materials used in the art of hardstone carving, and has been recovered at a number of ancient sites, indicating its widespread use in the ancient world; for example, archaeological recovery at the Knossos site on Crete illustrates its role in Bronze Age Minoan culture.

The decorative arts use it to make ornaments such as pins, brooches or other types of jewellery, paper knives, inkstands, marbles and seals. Agate is also still used today for decorative displays, cabochons, beads, carvings and Intarsia art as well as face-polished and tumble-polished specimens of varying size and origin. Agates have long been used in arts and crafts

Here under you can see some samples of our Agata products

All products of our catalog are unique, so please contact us, for avalibity of our Agate products 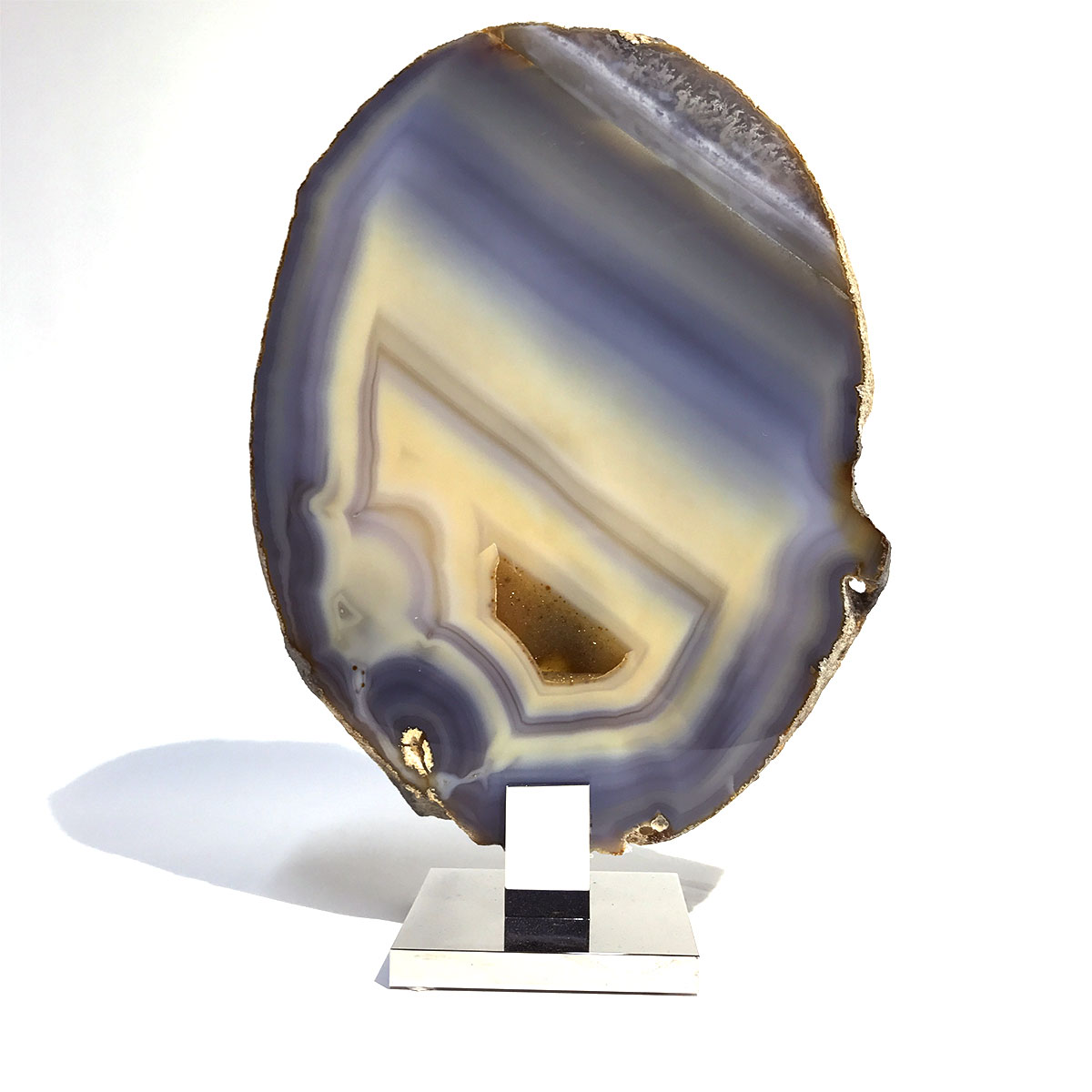 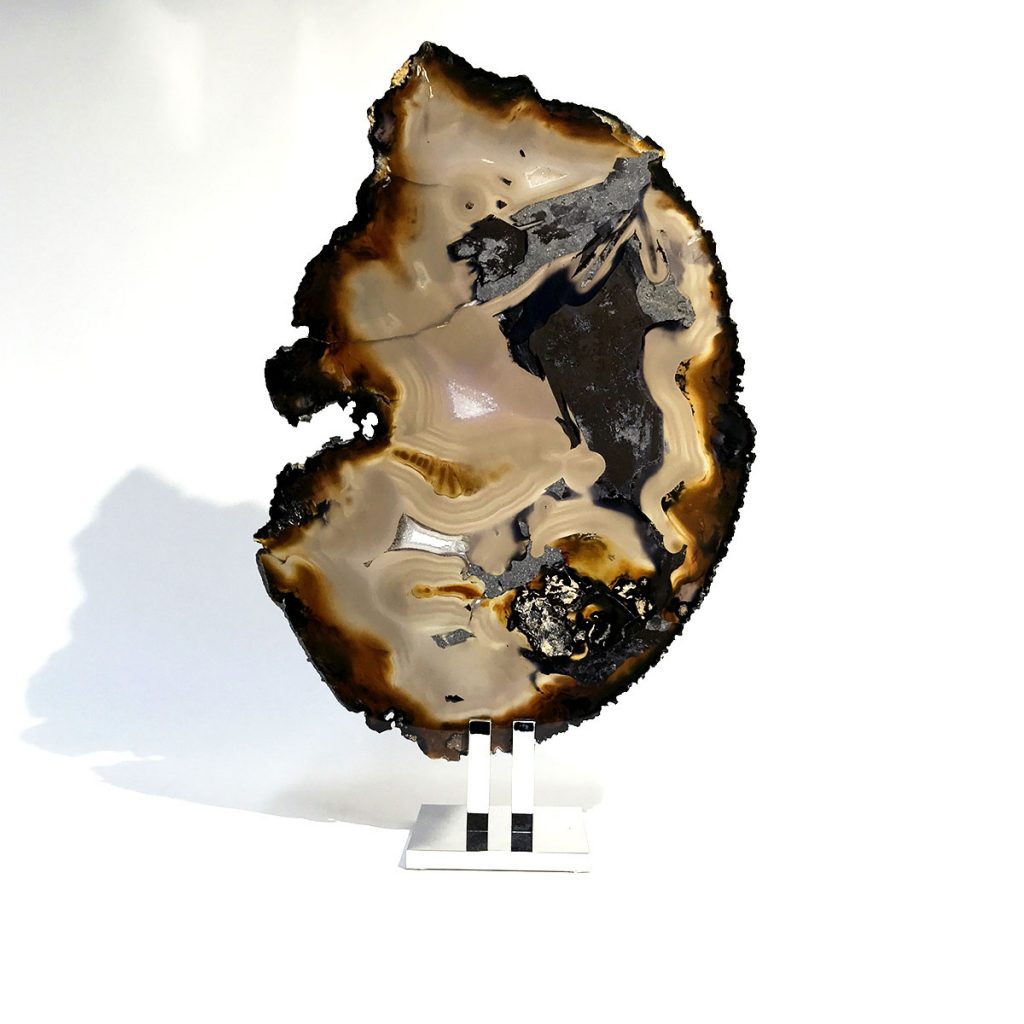 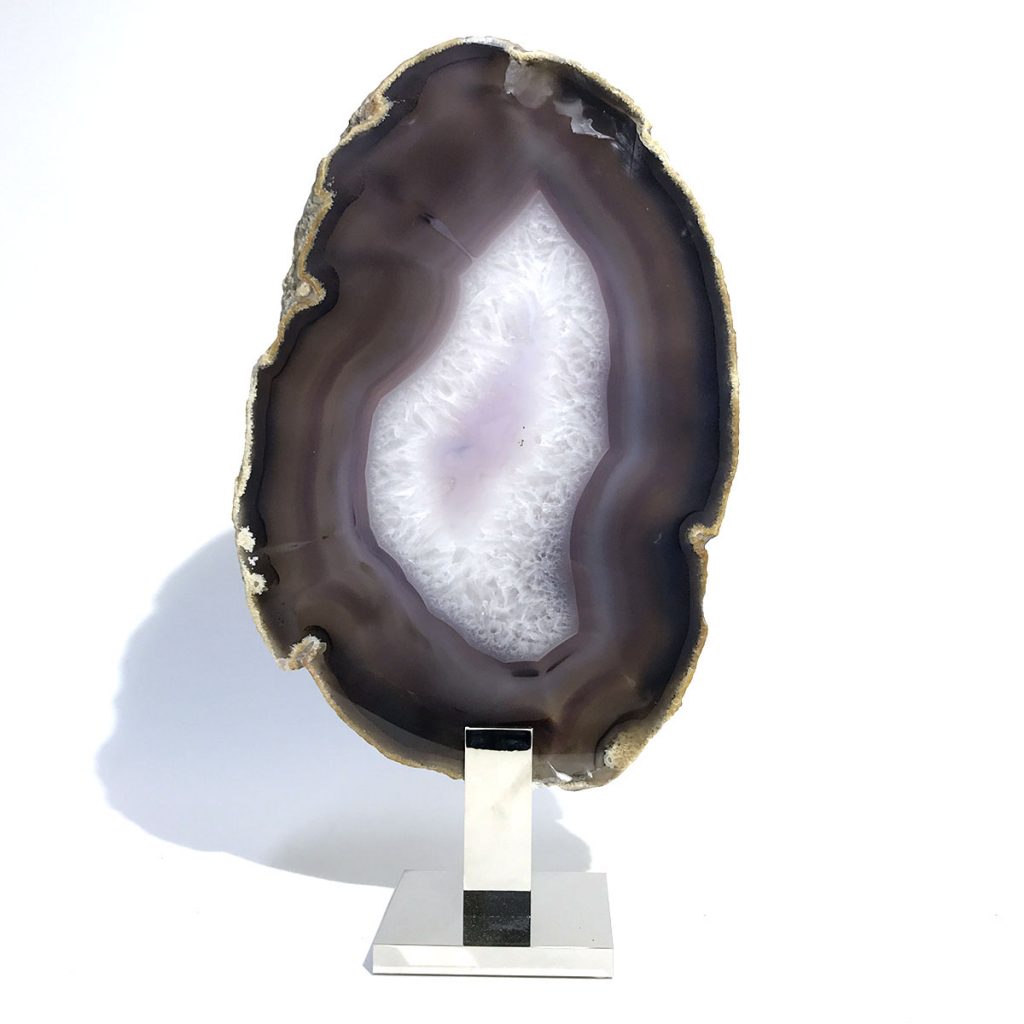 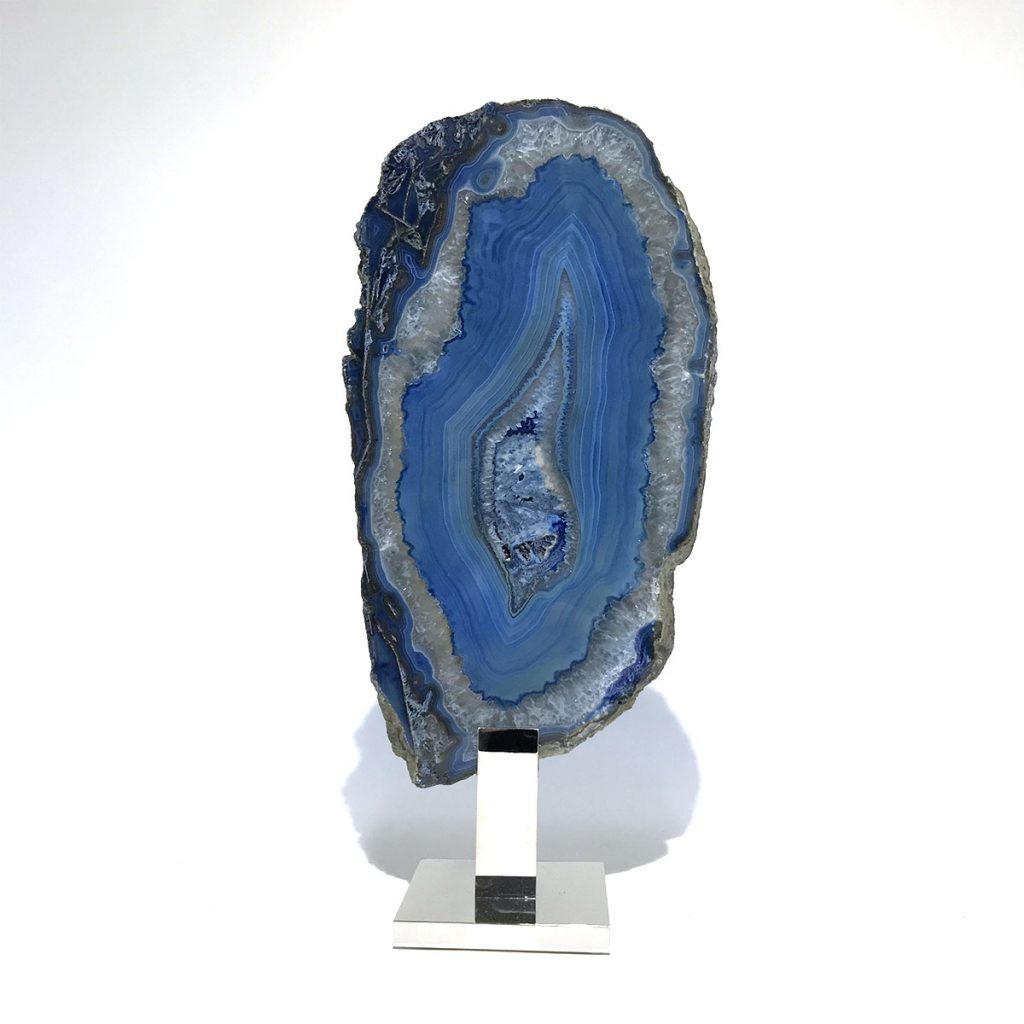 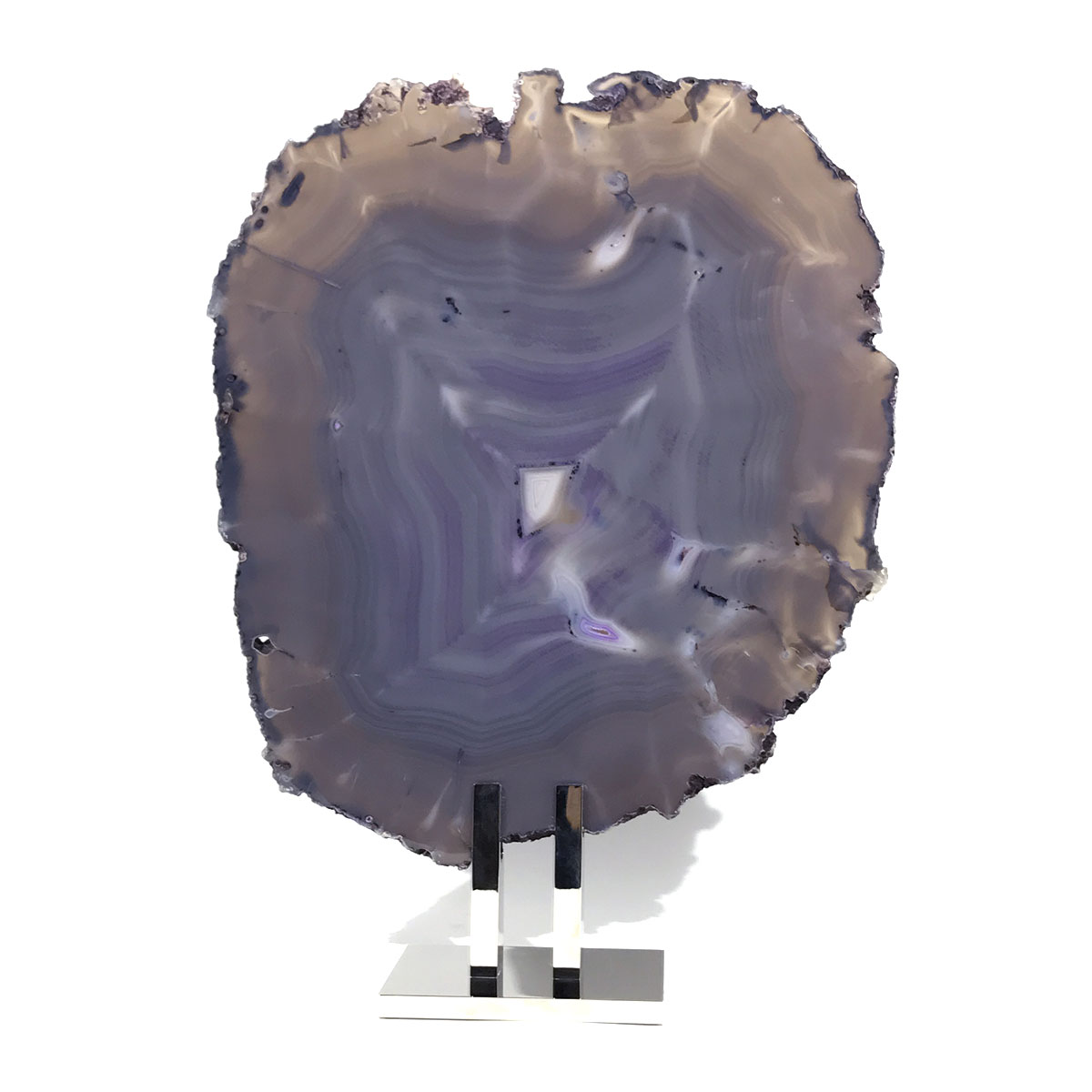 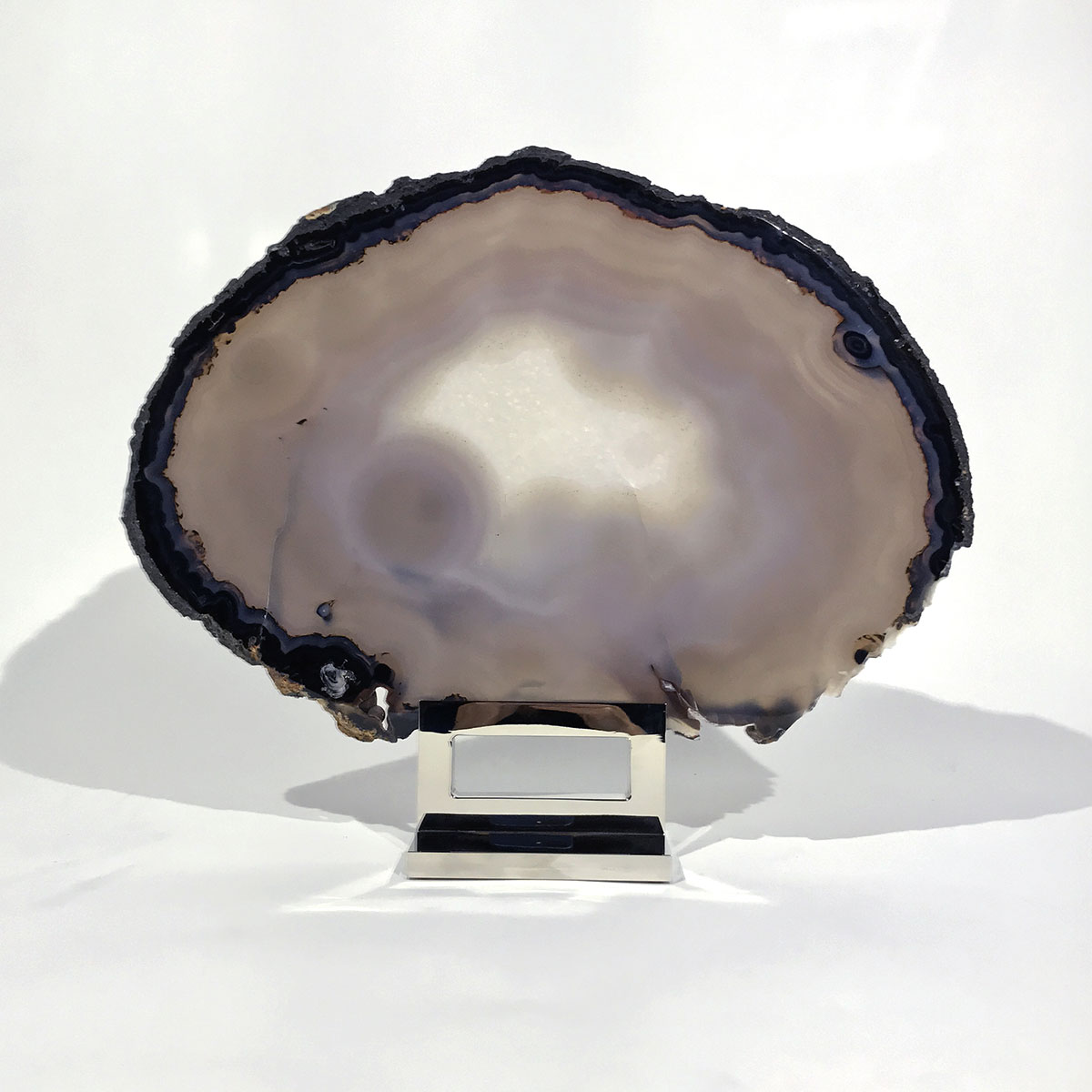 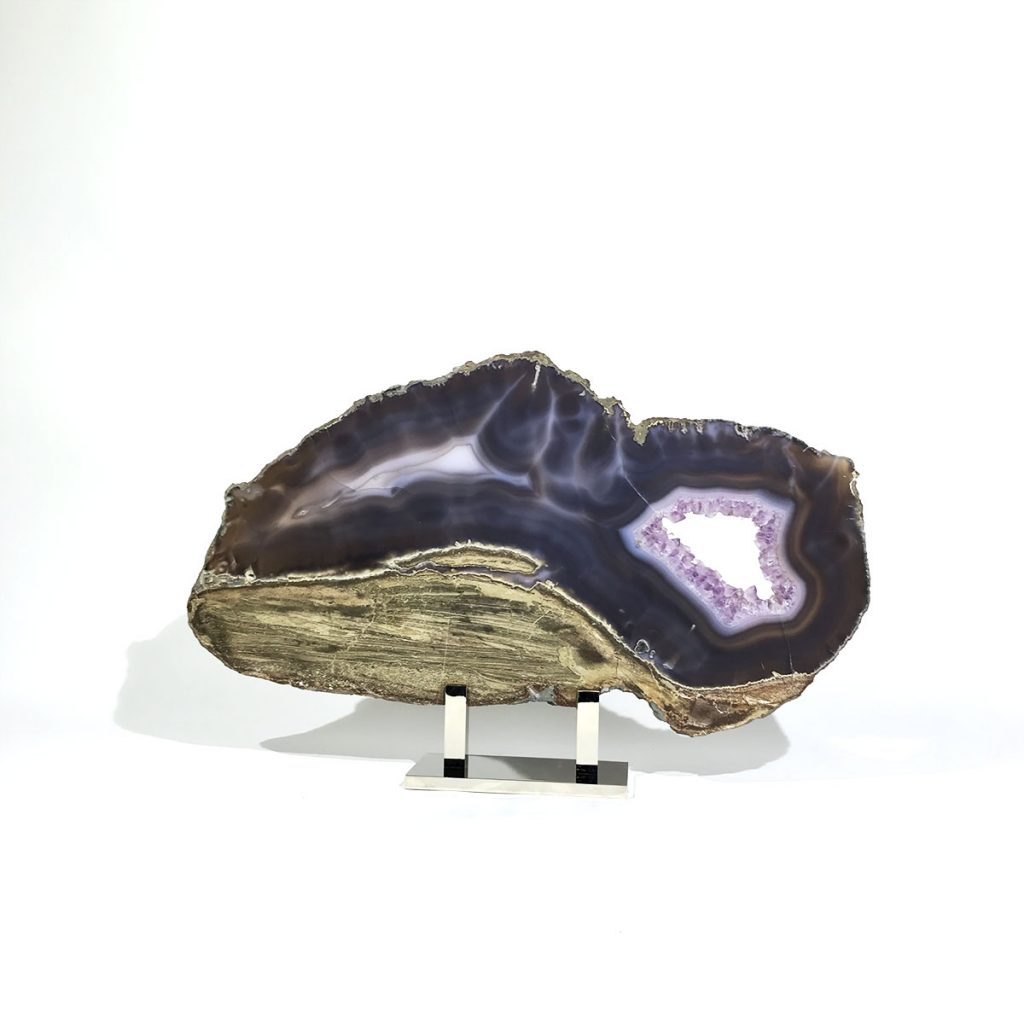 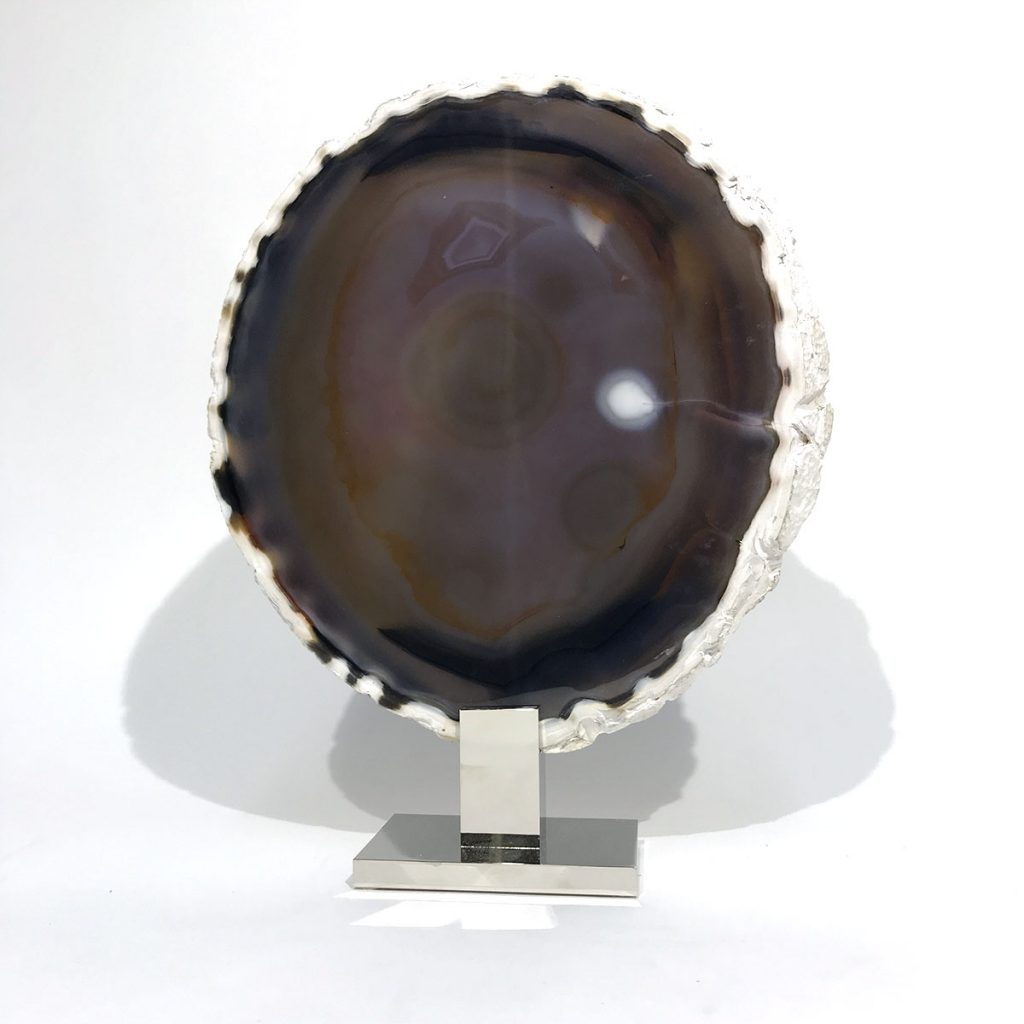 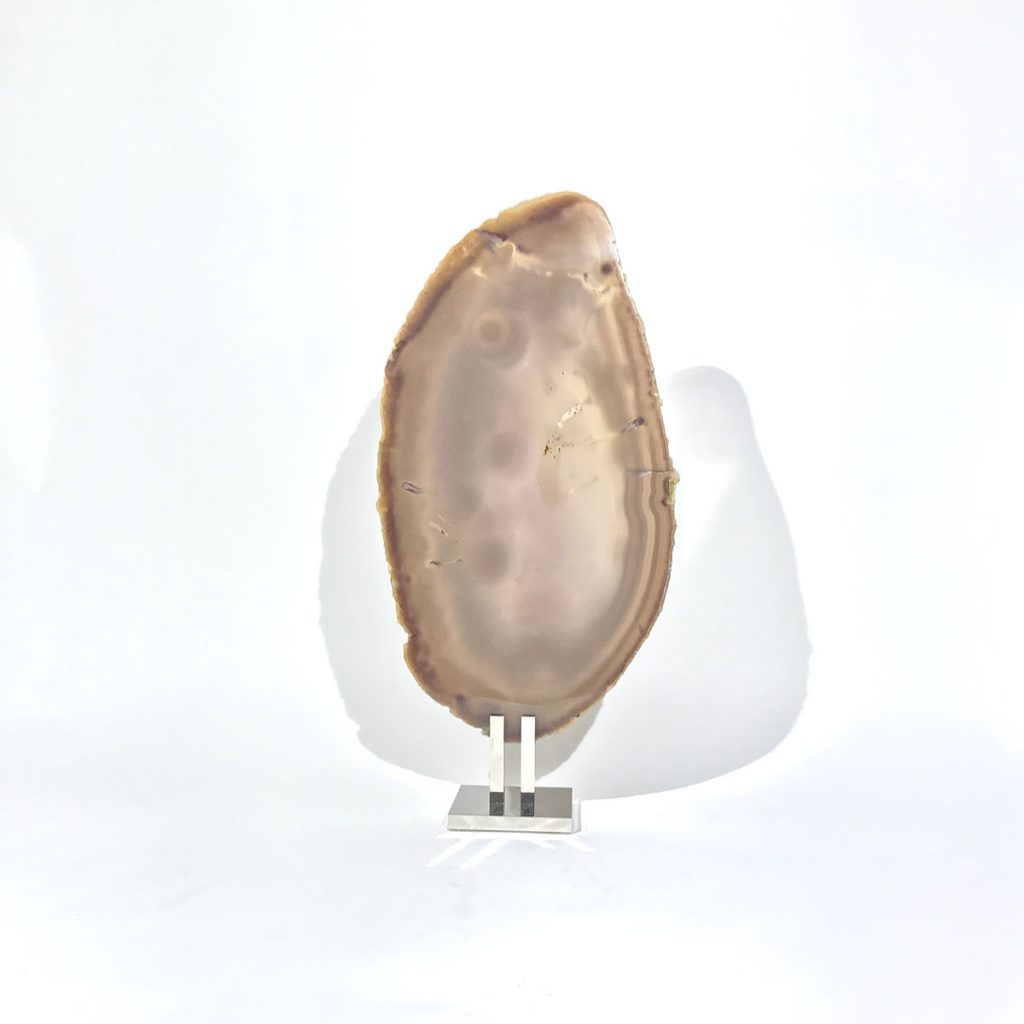 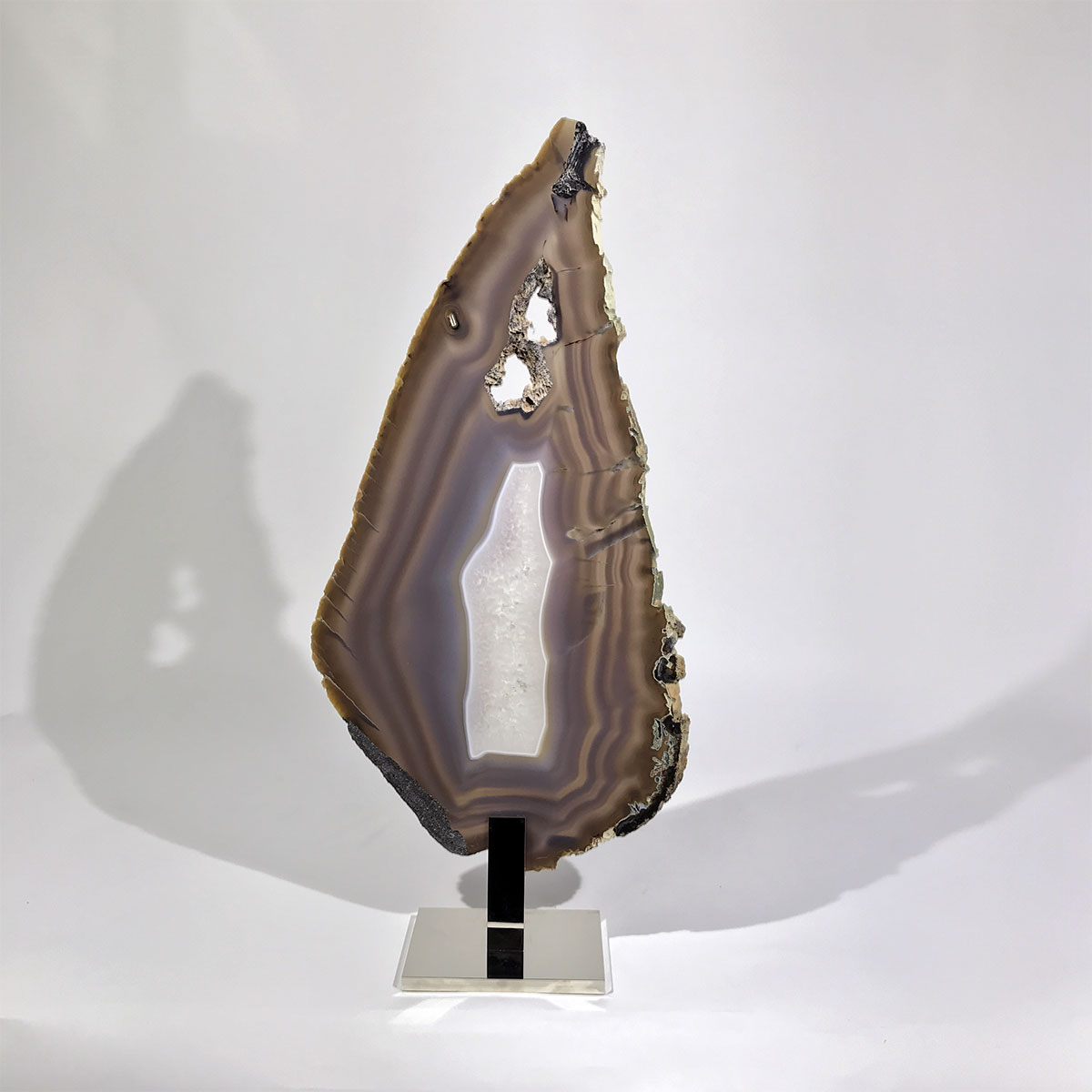