Quartz is a mineral composed of silicon and oxygen atoms in a continuous framework of SiO4 silicon–oxygen tetrahedra, with each oxygen being shared between two tetrahedra, giving an overall chemical formula of SiO2. Quartz is the second most abundant mineral in Earth’s continental crust, behind feldspar.

Quartz crystals are chiral, and exist in two forms, the normal α-quartz and the high-temperature β-quartz. The transformation from α-quartz to beta-quartz takes place abruptly at 573 °C (846 K). Since the transformation is accompanied by a significant change in volume, it can easily induce fracturing of ceramics or rocks passing through this temperature limit.

There are many different varieties of quartz, several of which are semi-precious gemstones. Since antiquity, varieties of quartz have been the most commonly used minerals in the making of jewelry and hardstone carvings, especially in Eurasia.

The word “quartz” comes from the German, which is of Slavic origin (Czech miners called it křemen). Other sources attribute the word’s origin to the Saxon word Querkluftertz, meaning cross-vein ore.

Quartz is the most common material identified as the mystical substance maban in Australian Aboriginal mythology. It is found regularly in passage tomb cemeteries in Europe in a burial context, such as Newgrange or Carrowmore in Ireland. The Irish word for quartz is grianchloch, which means ‘sunstone’. Quartz was also used in Prehistoric Ireland, as well as many other countries, for stone tools; both vein quartz and rock crystal were knapped as part of the lithic technology of the prehistoric peoples.

While jade has been since earliest times the most prized semi-precious stone for carving in East Asia and Pre-Columbian America, in Europe and the Middle East the different varieties of quartz were the most commonly used for the various types of jewelry and hardstone carving, including engraved gems and cameo gems, rock crystal vases, and extravagant vessels. The tradition continued to produce objects that were very highly valued until the mid-19th century, when it largely fell from fashion except in jewelry. Cameo technique exploits the bands of color in onyx and other varieties.
Roman naturalist Pliny the Elder believed quartz to be water ice, permanently frozen after great lengths of time. (The word “crystal” comes from the Greek word κρύσταλλος, “ice”.) He supported this idea by saying that quartz is found near glaciers in the Alps, but not on volcanic mountains, and that large quartz crystals were fashioned into spheres to cool the hands. This idea persisted until at least the 17th century. He also knew of the ability of quartz to split light into a spectrum.

In the 17th century, Nicolas Steno’s study of quartz paved the way for modern crystallography. He discovered that regardless of a quartz crystal’s size or shape, its long prism faces always joined at a perfect 60° angle.

Pure quartz, traditionally called rock crystal or clear quartz, is colorless and transparent or translucent, and has often been used for hardstone carvings, such as the Lothair Crystal. Common colored varieties include citrine, rose quartz, amethyst, smoky quartz, milky quartz, and others. 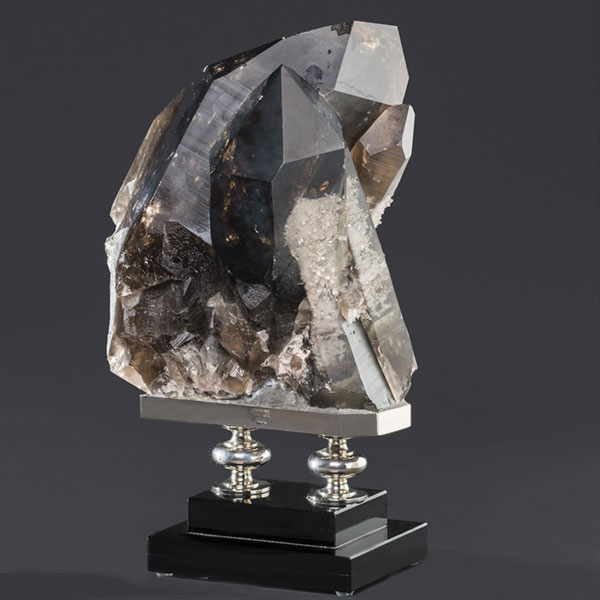 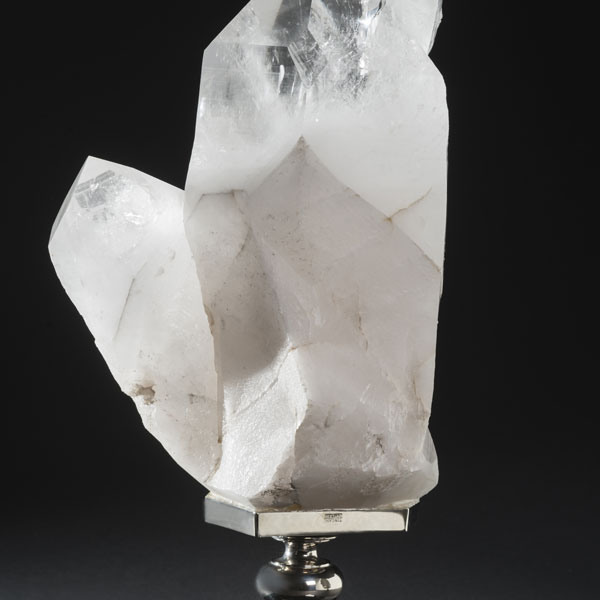 All products of our catalog are unique, so please contact us, using  the form here below, for availability of our  Quarz products